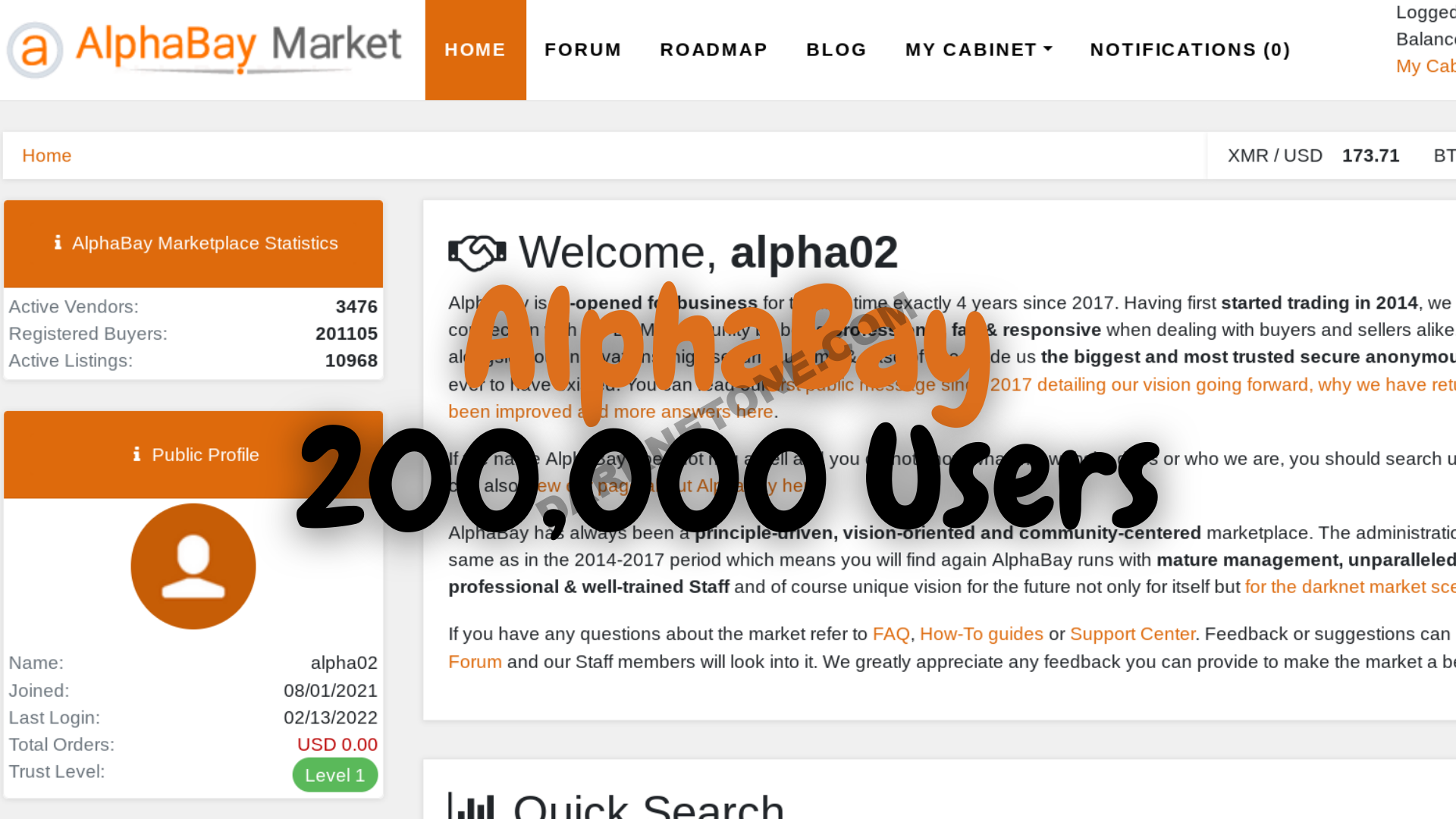 The origianl AlphaBay had at the time of its seizure 200,000 users (according to the DEA and the Department of Justice) and now just 6 months ago after the relaunch of AlphaBay by the original Co-admin DeSnake has now crosed the same major milestone – 200,000 registered users.

“According to publicly available information on AlphaBay prior to its takedown, one AlphaBay staff member claimed that it serviced over 200,000 users and 40,000 vendors”

AlphaBay had a big jump in users and popularity mainly due to major darknet markets such as White House Market, ToRReZ Market, Cannazon, Monopoly and Cartel Market who shut down operations or exit scammed and now its one of the most popular darknet markets and the only one who accept only monero as a payment method.

Although AlphaBay has quickly become very popular, many users have still expressed concerns about the motives behind DeSnake and why he even needed to reopen AlphaBay when the last admin of AlphaBay was killed and DeSnake should be rich from the original AlphaBay.

As to DeSnake, he has been working hard in the last few weeks in updating AlphaBay and installing sepcial protections against phishing and he also claims to have other motives other than money, and he is dedicated to his new project – a decentralized darknet market that will be open sourced.

Only time will tell if the new AlphaBay admin will keep to his word and if he will be more successeful than Alexander Cazes who got caught and eventually lost his life in prison.