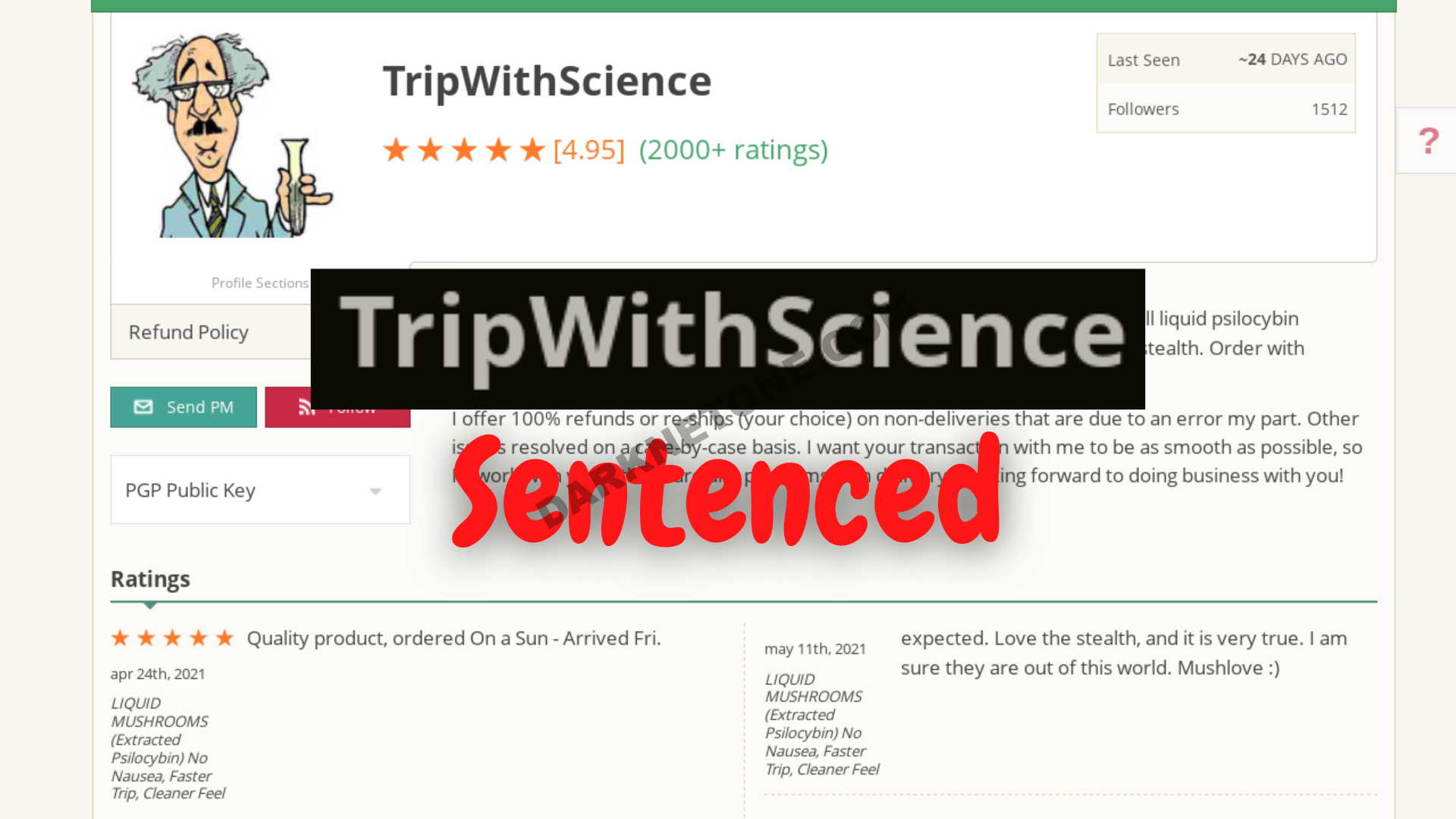 The court proceedings for one of the darknet’s most prolific hallucinogen vendors, TripWithScience, came to a close on Thursday, Dec. 8, as a federal judge sentenced James Verl Barlow, 45, to three years in prison after he pleaded guilty to a charge of possession and distribution of a psychedelic mushroom analog. While the sentence is far shorter than the 20 year maximum he initially faced, Barlow will forfeit “millions” in crypto profits along with a $1.5 million Colorado property and 2016 Tesla Model-X Wagon.

Barlow, of Las Vegas, Nevada, was found to be the principal operator of the vendor outfit among 12 co-defendants accused of selling powder and “liquid mushrooms” under the TripWithScience moniker on various darknet markets. Also sentenced was Barlow’s brother, Matthew Taylor Barlow, of Utah, who will serve seven months in prison and six months house arrest for his role in the vendor operation.

The Barlows were arrested in April 2021 after a lengthy investigation tied them to the vendor name. According to prosecutors, the brothers utilized a network of individuals in the states of Nevada, Utah, Tennessee and Maryland to manufacture, package, and ship product across the United States. Blockchain forensics tied profits obtained from darknet market product sales to a Coinbase account opened by Barlow, who verified the account using a picture taken while standing in front of multiple USPS Priority Mail Shipping boxes that matched boxes of “suspected drugs” sent to a co-conspirator.

The criminal complaint lodged against Barlow in April 2021 also noted eccentricities in his behavior and image as recorded by federal investigators, making him easy to identify. One such example includes an employee of a virtual office company utilized by Barlow identifying him to investigators, noting that he had “rainbow colored hair” in video footage that showed his pickup of drug-containing packages from the office.

It had been known since 2018 – years before Barlow’s arrest – that the vendor’s best-selling product was not actually a psilocybin mushroom extract but rather 4-AcO-DMT, described by the laboratory testing the product as producing effects that are “very similar” to psilocybin. While mislabeled, reviews of the product were generally very favorable, and TripWithScience was looked upon positively by the darknet market community after organizing donations to a medical aid group in Afghanistan in 2015.