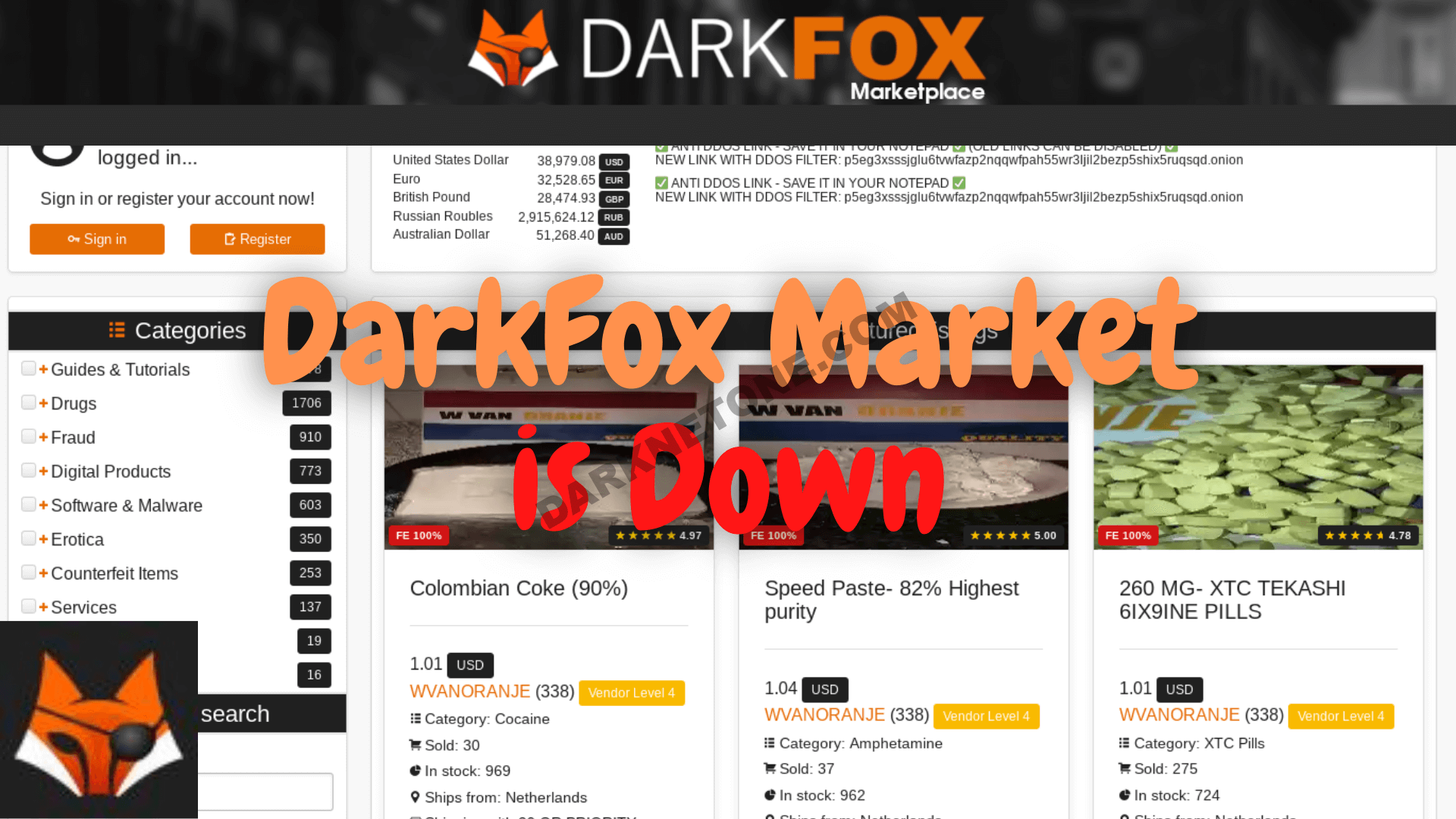 UPDATE: DarkFox Market has come back online without any explanation from the admin. We strongly advice to avoid DarkFox Market and use other top darknet markets.

DarkFox Market has been a strange darknet market ever since it was launched in early 2020. DarkFox Market was build on to of eckmar script (but claiming to be an original market), it had very few updates over the years and infact its the only darknet market out there that does not support Monero.

A few months ago the market was removed from Dread forum “superlist” and also its sub dread locked due to the admin inactivity and the market was described as a “Ghost ship with many unverified vendors”.

The market has gone offline in early 2022 for a few days, only to come back later without any explanation, but still the admin had not published any updates to the market or posted any new posts or even answered disputes or support tickets.

The market had very few new vendors over the last month, and also very few users, and the ones who used DarkFox Market has opened posts criticizing the non exisiting support of the staff on the market.

Just a few days ago, the market has once again gone offline, in what appears to be an inavatible exit scam when all the markets links have gone offline.

There has been no update from any market staff, which is not unusual to the admin of DarkFox Market.

For any users who were effected by the apperent exit, we highly suggest to use a more active darknet market which you can find on our darknet market list.