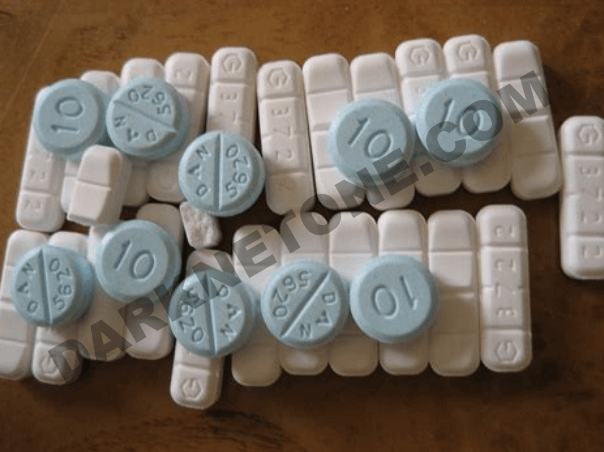 In this article we review a class of pharmaceuticals commonly prescribed in the treatment of anxiety and panic disorders. These medications, known as benzodiazepines, have also been used recreationally for as long as they’ve been around, becoming a fixed part of popular culture in the process.

Note: The information in this article should be used for research purposes only and not construed as literal advice. These substances are meant to be used under the supervision of a physician only.

Benzodiazepines, or ‘benzos,’ is a category of drugs known to have mentally relaxing and depressant effects, prescribed to millions for decades worldwide. In addition to treating anxiety and panic, they are also prescribed for seizures, alcohol withdrawal, and sleep disorders. The oldest benzodiazepine still widely prescribed is diazepam, better known by its brand name, Valium. The most popular benzodiazepine used as a recreational substance is alprazolam, or Xanax. Altogether, benzodiazepines are prescribed to about 8% of the U.S. population, with 56% of prescriptions written for the treatment of anxiety. This equates to hundreds of millions of prescriptions written for these drugs every year.

As a recreational substance (outside of prescription use), Valium started to come to popularity during the mid to late 1960s. In addition to being used to settle nerves on plane flights and pre-surgery, it is also used to counter the after-effects of stimulants like amphetamine and cocaine. Valium was America’s best-selling drug between the years of 1968-1982 and remains somewhat popular today, with more than 500 generic versions manufactured worldwide.

Benzodiazepines work by activating GABA-ergic receptors in the brain, which are also activated by alcohol use. As a neurotransmitter, GABA acts as a brake on the activity of other neurotransmitters like serotonin, dopamine, and epinephrine, causing the brain to slow down in multiple respects. Though generally safe in moderation, benzos are addictive both mentally and physically. Abuse of benzodiazepines has been on the rise worldwide, with federal authorities cracking down on dark web sales in recent years.

The primary effect sought through benzodiazepine use is relaxation. Users generally feel calmer, relieved of stress and less concerned about broad aspects of life and existence. For sufferers of anxiety, the result is a marked reduction of symptoms that allows people to experience day-to-day life without undo worry. Some users become euphoric and/or do not register feelings of pain, and many feel a general sense of relief that was otherwise alluding them.

Common side effects of benzos include drowsiness, dizziness, and decreased concentration. At higher doses, physical inebriation becomes apparent, resulting in a clumsiness similar to that produced by large quantities of alcohol. Side effects less common at first but more common at repeated, large doses include blurred vision, nightmares, decreased sex drive, and cognitive impairment, specifically the blocking of formation of new memories and anterograde amnesia.

Another side effect is the potential for addiction, which is high with repeated benzo use. Physical side effects can be mentally or physically painful, including pretty much the reverse of everything felt during the drug’s peak action.

As mentioned previously, the most prescribed benzodiazepines are Xanax and Valium, which tend to be the most popular recreationally, as well. Clonazepam, known by the brand name Klonopin, is also prescribed quite often and fairly popular. The effects of these drugs are rather similar but differ in duration and intensity. Xanax is the most potent in terms of milligrams and shortest-acting, with one “zanny bar” (the most popular form of Xanax) containing 2 mg of alprazolam. Klonopin is the longest lasting of the three and only moderately powerful in comparison, with Valium falling somewhere in the middle of the two in terms of efficacy.

Other popular benzodiazepines include:

The dosages listed below are for those with zero tolerance to any benzodiazepine, or who have never taken one before. Tolerance building occurs quite rapidly with benzo use, meaning the effects of same-sized doses quickly lose power with repeated use.

Note that dose sizes for the different benzodiazepines can vary quite a bit, which means you should reference a trusted source for dosing information for substances not listed here. Other factors to take into consideration include body weight and fullness of stomach, meaning that pills taken on an empty stomach tend to hit harder and faster than when taken on a full stomach.

The most common way benzodiazepines are consumed is in pill form. Due to their massive popularity, alprazolam and diazepam are often synthesized in clandestine laboratories, which means that the pure chemical powder for these drugs can also be found. In this case, the substance can be pressed into a pill and consumed orally or insufflated directly (through the nose).

Note that as these drugs are active in the milligram range it will take a scientific scale and precise measurement techniques to avoid the risk of overdose when measuring pure chemical powder for consumption.

The following are some tips for how to control your experience with benzodiazepines and minimize the risk of immediate or long-term problems. Benzos may seem harmless compared to harder, illicit drugs but can still cause damage if used incorrectly. This includes damage on physical, emotional, and social levels.

Basically, you should consider your social responsibility in addition to your physical health when using benzos. Don’t be the person who thinks they know everything because they are on drugs. Try to remember the Golden Rule of ‘doing unto others…’ when using a powerful drug like Xanax.

For more information about Xanax addiction in particular, Health Research Funding has compiled some revealing statistics into a single article that demonstrates the power of alternative treatments for anxiety.

IMPORTANT: Do NOT mix benzodiazepines with alcohol or barbiturates. Both are nervous system depressants and have multiplying effects when consumed with any benzo. These combinations are responsible for the loss of numerous lives, whether it be through physical accident, respiratory distress or even heart failure.

The following markets are considered to be among the best and biggest for benzos, featuring hundreds or thousands of listings for hundreds of different products and formulations.

The vendors listed below have completed hundreds or even thousands of sales successfully, have favorable user ratings and are generally considered competent at what they do. Keep in mind that some vendors ship only locally and not internationally, so give the vendor profile a read-through before placing an order with them for the first time. You should also learn what a vendor expects from their customer in terms of providing shipping info before placing an order, and how long you should expect to wait for your order.

As one of the most commonly prescribed categories of drugs on the market, there is a wealth of information to be found on benzodiazepines across the internet. An honest starting place is the Wikipedia entry for benzodiazepines which provides links to every aspect of the subject available for study. For further reading, we recommend the following.