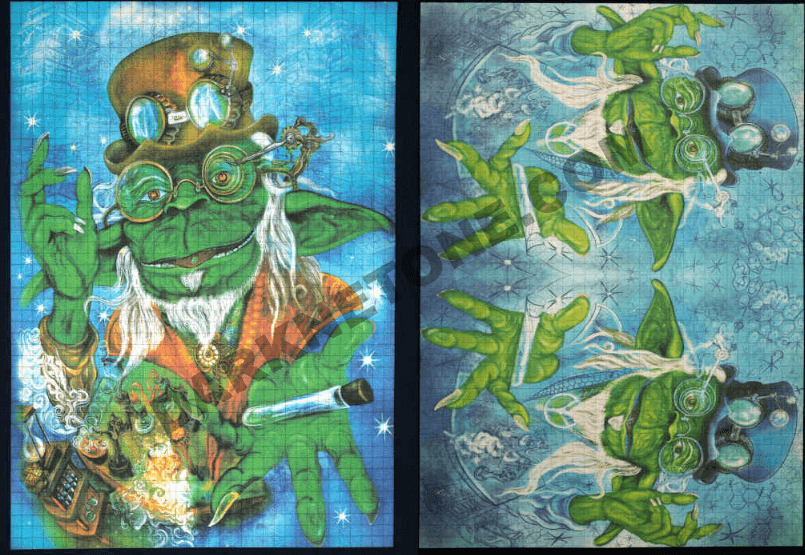 In this article we review a class of recreational substances known as Psychedelics, which contain some of the most well-known recreational drugs of all-time. We review the effects of these substances, their side effects, dosages, and provide you with a brief history of how they came to be known. We also review some top darknet markets that carry psychedelics and trusted vendors who list them.

Note: The information in this article is meant to be used for research purposes and should not be construed as literal advice.

The term psychedelics refers to a category of substances known to possess “mind-altering” properties in which thoughts can seem amplified and perceptions (sight, sound, touch, taste) are altered, distorted beyond the range of what is normally experienced. These properties make psychedelics not only of recreational value but of therapeutic value as well. Substances like LSD and psilocybin are sometimes used to provide psychotherapy patients with additional perspectives, which may be of clinical use when treating psychiatric problems like moderate depression, anxiety, and PTSD.

Psychedelics came to large-scale popularity in the 1960s, led by lysergic acid diethylamide, better known as LSD, or “acid.” LSD was first synthesized by Albert Hofmann, a chemist working for Sandoz, in 1936. Regarding his creation as a “sacred drug” and “medicine for the soul,” Hofmann had this to say about its behavioral effects:

“I see the true importance of LSD in the possibility of providing material aid to meditation aimed at the mystical experience of a deeper, comprehensive reality.” – Albert Hofmann

LSD and other psychedelics like mescaline and ‘magic mushrooms’ have been part of the cultural/spiritual landscape for decades and continue to enjoy massive popularity worldwide. They have inspired countless creative geniuses over the years, from Aldous Huxley to The Beatles to Steve Jobs. Cities like Amsterdam, Netherlands and Goa, India, have famously large communities that support and promote the use of psychedelic drugs, whether it be for creative growth or spiritual cleansing/awakening, or simply because they enjoy the drugs’ effects.

Most popular psychedelic drugs have been illegalized in most parts of the world, and newly-produced synthetic analogs (“research chemicals” or “designer drugs”) remain in legally murky area.

Psychedelics like LSD (acid), magic mushrooms (psilocybin) and mescaline (peyote) are desired recreationally for their euphoria-inducing and hallucinatory effects. One of the most prominent and frequently-reported effects is strong visual distortions, often characterized by objects or landscapes appearing to swirl, pulsate or “melt.” Similar distortions have been reported in all other senses, with light seemingly more intense and colors more vibrant. Other desired effects of psychedelics include an increased sense of well-being, awareness, and closeness to nature.

Feelings of an enhanced sense of perception and being “at one with the universe” are also commonly reported, as are extremely vivid visual effects even when one’s eyes are closed. Though psychedelics effect people differently, the general effect is a shift in balance of perceptions and curious mental stimulation that does not come with traditional stimulants (amphetamines, cocaine, etc.). Psychedelics do not cause much physical stimulation either as they primarily increase serotonergic activity of the brain, rather than increasing dopaminergic activity (as is the case with stimulants).

Some of the most common cognitive side effects reported during psychedelic use include abrupt changes in mood and personality, lack of ability to make sensible judgments, and lack of an accurate sense of time. More general side effects include sweating or chills, anxiety, elevated blood pressure, dilation of pupils, confusion, feelings of paranoia, and panic. Repeated doses at higher amounts are known to be capable of inducing long-term psychological changes to people, but deaths are very rare and usually involve cases of accidental, extreme overdose.

If this is your first time taking a psychedelic substance like LSD, it’s probably a good idea to start out with a standard-size dose, which is the equivalent of 100 mg, or 1 tab. This is usually enough to experience the full effects without the possibility of the trip becoming too uncomfortable. We also recommend tripping with a partner — preferably someone who is familiar with this class of substance and can lend a hand if things should turn unpleasant.

“Onset” refers to the length of time before the effects of the substance become noticeable, and “Duration” refers to how long the effects usually last.

The following are some tips for how to have a positive experience with psychedelics, and how to minimize the severity of potential side- or after-effects.

Fortunately, psychedelics are not physically addictive and pose little physical harm during or after use. Nevertheless, some people become dependent upon them, using them as a form of escape from the responsibilities of real life. Some people undergo medium- or long-term psychological changes after using psychedelics, especially with repeated and/or high-dose usage. To learn more about potential longer-lasting effects, how to mitigate negative side effects, and how to seek help if you are having problems after use, we recommend reading this article on the subject, from psychedelics.com.

There is a sizable selection of darknet market vendors that specialize in the sales of psychedelic substances; some of whom have been doing it since the original Silk Road. The vendors listed below have hundreds or thousands of sales under their belt and are generally regarded as competent and trustworthy.

Keep in mind that some of these vendors will only ship locally – not internationally – so give a vendor’s profile a read-through before placing an order with them for the first time. You’ll want to know what the vendor expects from their customer when placing an order, and how long it will take before your order arrives.

For further reading on psychedelic substances, their effects, we recommend checking out the pages for these psychedelics on Erowid.org, one of the longest-standing websites dedicated to the exploration of psychoactive substances:

A few other resources for more general information about psychedelics include: