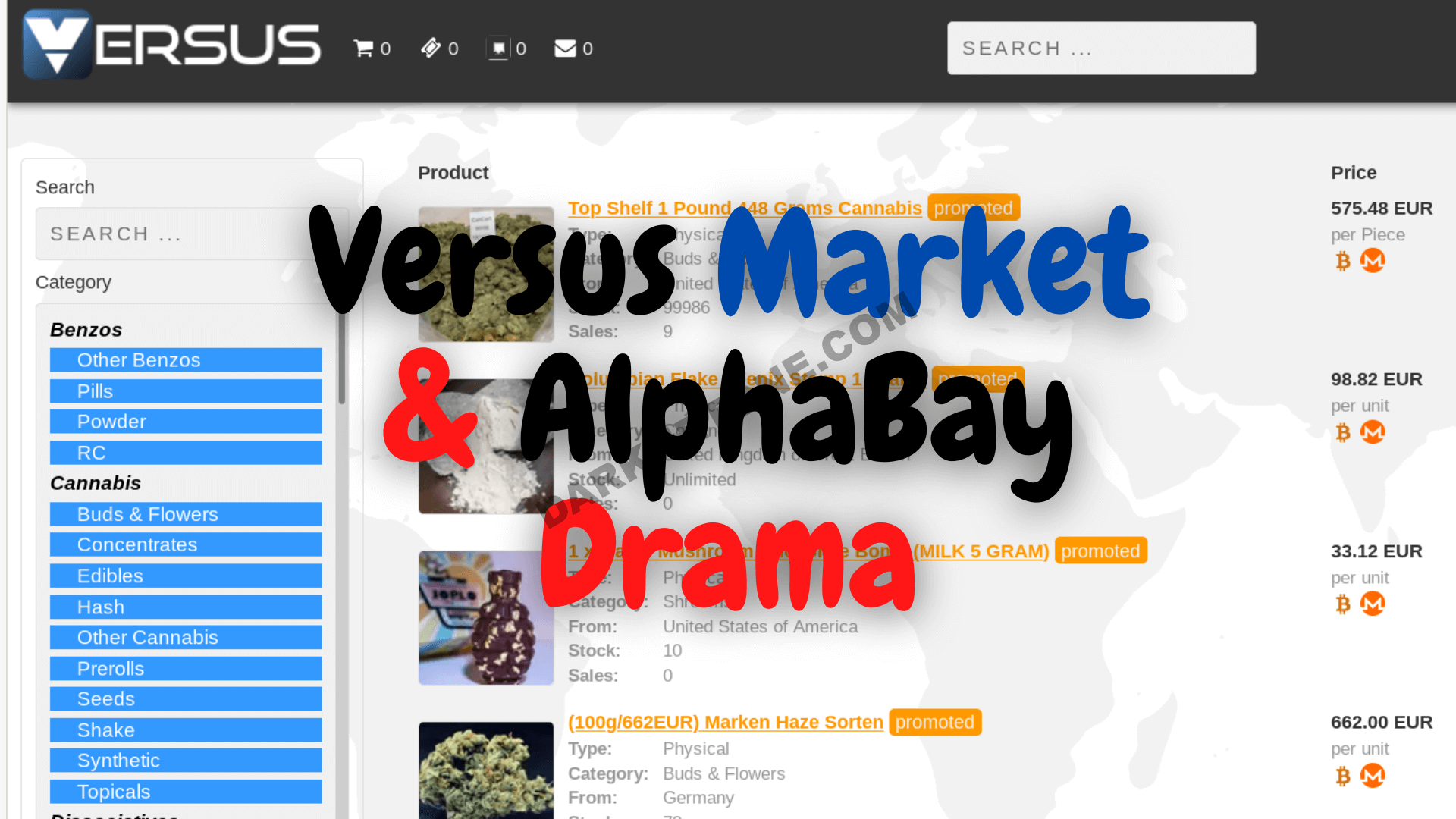 Almost a month after the famous Versus Market shut down due to its server being hacked, Versus Market admin has finally released the vendor transactions code that is required for the vendor to get the money that is stuck in multisig escrow.

While he did released the vendors transaction, he made a comment against AlphaBay admin ‘DeSnake’ calling him ‘a certain attention whore‘ and ‘turns out he is just talk and no action‘, this due to DeSnake claiming to gave the full database of Versus Market, something that seems he did not have in the end.

DeSnake of course quickly started a new topic under the title ‘Re: Vendor Transactions Inside aka self-help guide: how to be a sour teenager‘ and called Versus Market admin ‘teenager admin from versus’ and ‘butthurt and incompetent admin‘ with him claiming that he did indeed had an access to the database, and he released some key information on the hack in his post on Dread.

Versus market admin was quick to comment ‘Are you the guy who had his market taken down by LE while you were “Head of Security”? Correct me if I am wrong.‘, taking a jab at DeSnake for having the first AlphaBay having been taken down by the FBI and its former admin Alpha02 committing suicide at a Thai jail.

DeSnake quickly answered to this by claiming that his security was perfect and it was alpha02 fault for not implementing his advice and that ‘LE played dirty finding the servers behind Tor‘. His full comment-

In conclusion this is once again an example on the major involvement of AlphaBay admin in darknet drama and his obsession to comment on anything AlphaBay related on Dread with him having over 50 posts and 2,180 comments in less than 10 months, something that other darknet markets admins are rarely achieve in the lifetime of their darknet market.