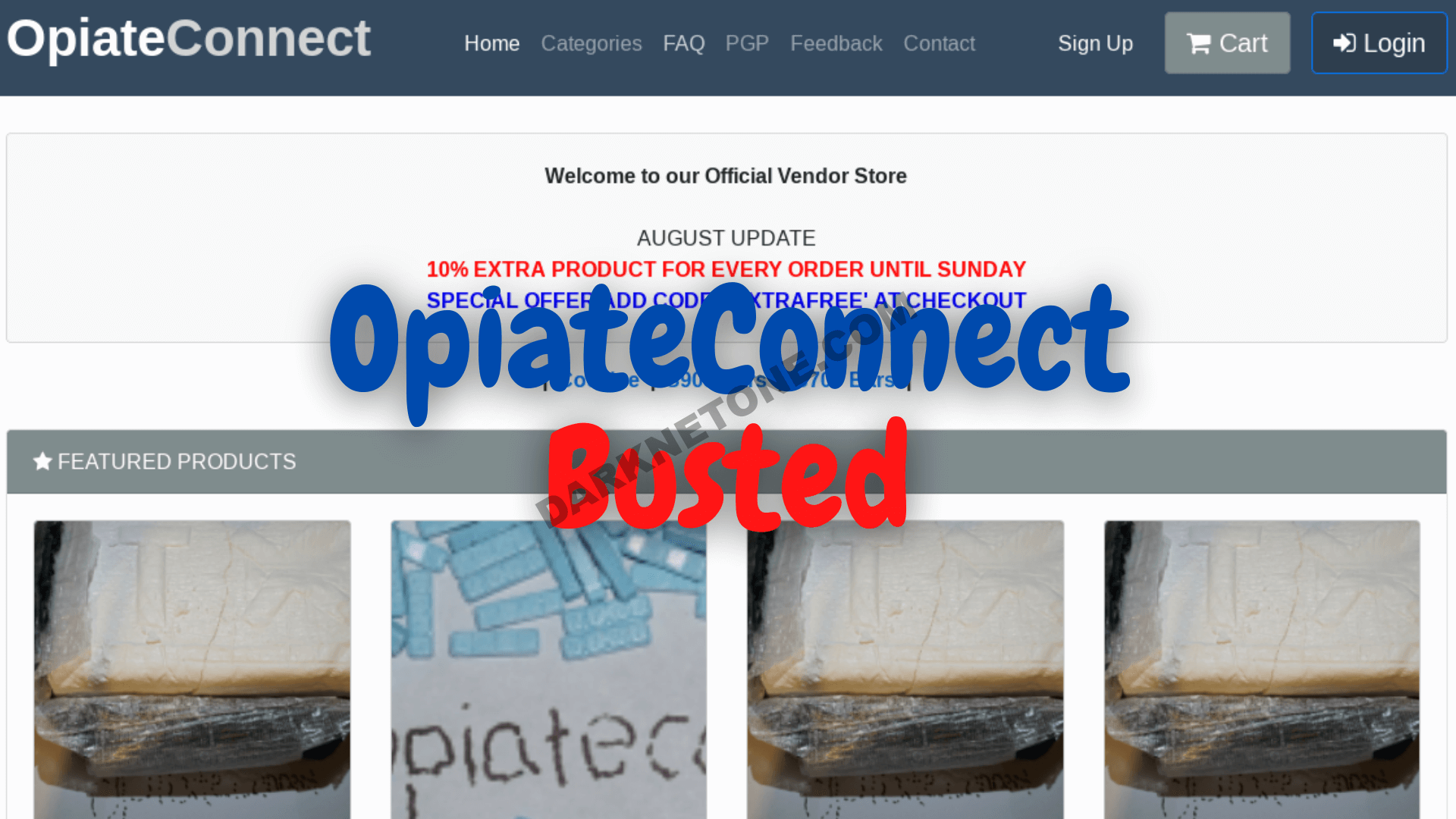 Once again another Famous vendor has been arrested, this time its a long time vendor Opiateconnect.

Opiateconnect has been active on the darknet for over 4 years, and was among the first posters on Dread.

Dread admin, HugBunter has come out and announced that Opiateconnect has been arrested and buyers should “clean house”, meaning to delete and destroy any evidence that they have made orders from him.

I’ve received information from a trusted source who has provided verified bust info in the past, that OpiateConnect has been arrested. He’s currently sitting in federal custody and the news hasn’t broke yet.

All buyers make sure to clean house as it appears that his market accounts have been accessed in the past week which is some time after the arrest was made, this also allows us to assume that they have access to his wallets, PGP keys and so on. His 2FA was also disabled at Dread, I’ve now locked out his account and his subdread.

I’ll update this post when the news does drop, which will probably be a lot faster now.

AlphaBay Market admin “Desnake” was quick to announce that he was banned from AlphaBay, and in fact there was already suspicion from market staff about that vendor.

He was banned not even 2 minutes after the post was made. Ban is preemptive but with us he seems to have had XMR in his wallet as well as not logged in for some days. Staff were actually discussing to limit him on Monday as we actively monitor but since this came out a ban was already put out. Thank you for the notification, we will look closely at the situation.

Opiateconnect has been selling Cocaine and Xanax and his store is still active and users are still able to buy products from him.

His last activity on the darknet was on 23 of August, but it is now known ofcourse if it was indeed him, or that he was caught before that date and the police has managed to log in using his password and 2FA.

We strongly suggest users who bought from him in the past to “clean house” and get rid of any evidence that can prove that they bought from him, since it is more than likely that the police have access to his PGP private key, meaning they have also access to all of his past costumers.