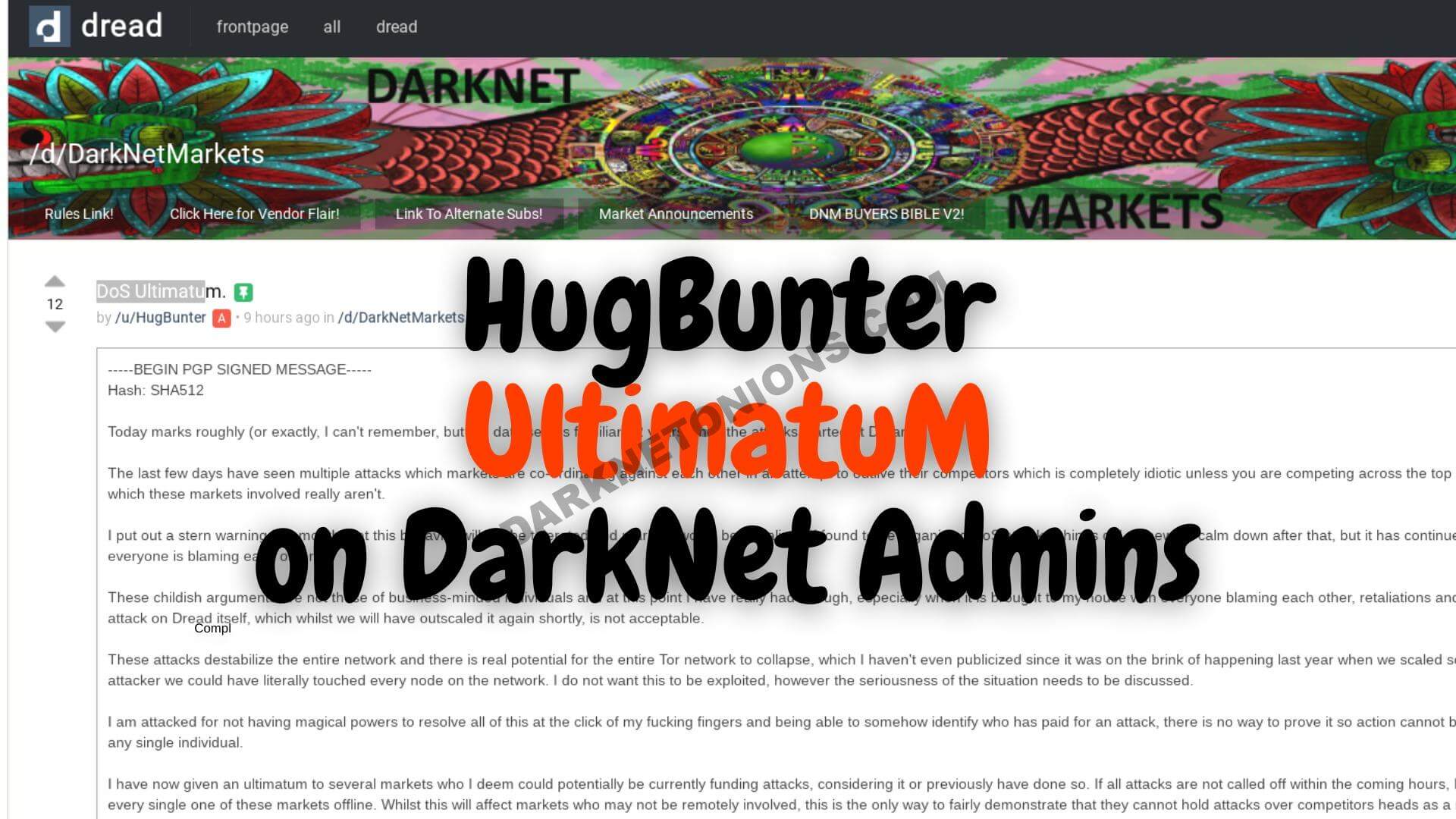 In the last few days Dread has been down and now HugBunter (Dread Admin) has revealed that Dread has been under heavy attack which he belives was caused by a few darknet market admins.

HugBunter has made a threat on Darknet Admins where he told them he will attack them unless they will stop attcking other markets and Dread as well, his reason for the attacks are that those attack Limit the information flow. Generally when dread gets attacked like this a market exits. It’s also not just markets attacking other markets. It’s phishers at one time paying DDOSERS to attack markets so they can spread links easier and trick low hanging fruit which then funds more attacks to continue the cycle.

DarkNetOnions has asked HugBunter what he is gonna do if the attack will not stop and according to him “all hell will break loose“, he also confirms he has starting building a few servers to carry on the attack on that darknet markets he belives are attacking Dread.

We strongly recommend to always use links from the side bar if darknet markets are down, the links there are updated regulary.