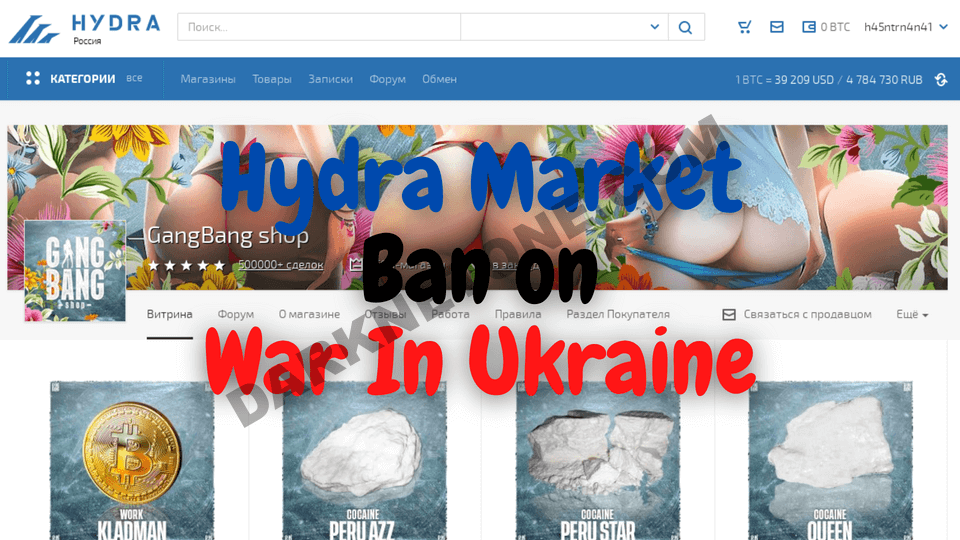 Since Hydra is active on both Russia and Ukraine it is no wonder that the top mod of Hydra Market has announced that Hydra will remain neutral and that all talk about the conflict is forbidden since it goes against Hydra Market term and services of talk of politics.

In Russia it is not even allowed to call the war in Ukraine “war” but instead it is being called a “special military operation” but the Russian mod however shared a part of the famous song of Edwin Starr “War”, hinting that he himself opposes the war in Ukraine and it is in fact a war, a thing that if he is caught in Russia can lead to him serving a term of up to 15 years (although being part of the largest darknet market in the world will probably land him a life in prison any way).

In connection with the events taking place in the world, we ask you to strictly abide by the rules of the forum about the ban on discussing politics.
Each of you can have your own point of view, let it remain outside the project

Other western darknet markets have made no comment or statement on the current war between Russia and Ukraine, and unlike most of the companies in the world did not ban Russians vendors or buyers.