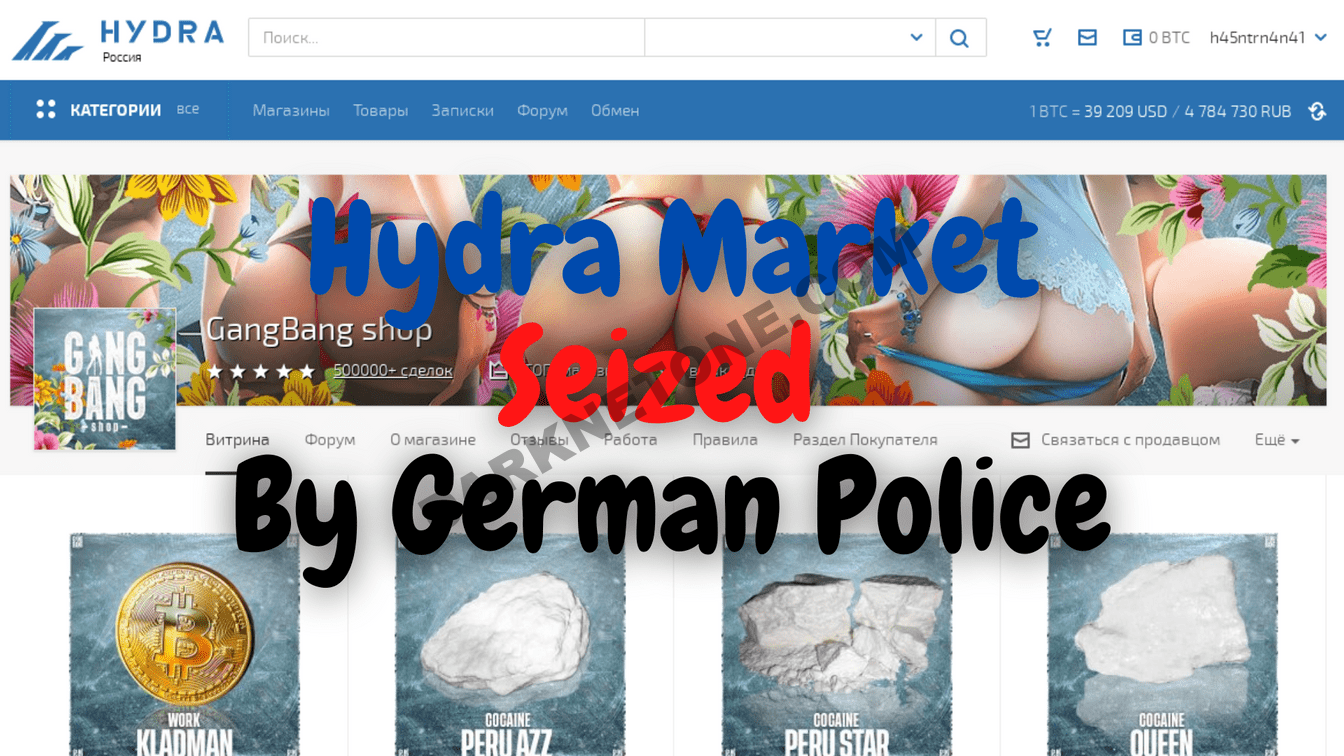 In a press release earlier today German police has announced that they seized Hydra Market server with over 500 bitcoins, worth around 23 million euro and that there were 17 million buyer accounts and 19,000 vendor accounts on the site.

Hydra Market was a russian darknet market and was running since 2015. In 2020 it was published Hydra made over 1 billion dollars, making it the most profitable darknet market than all the other darknet markets combined together, the last communication from Hydra Market admins were on the markets forum banning the talk on the Russia-Ukraine war.

It is not yet clear how exactly the Garman police got a hold of the Hydra server or bitcoin wallet.