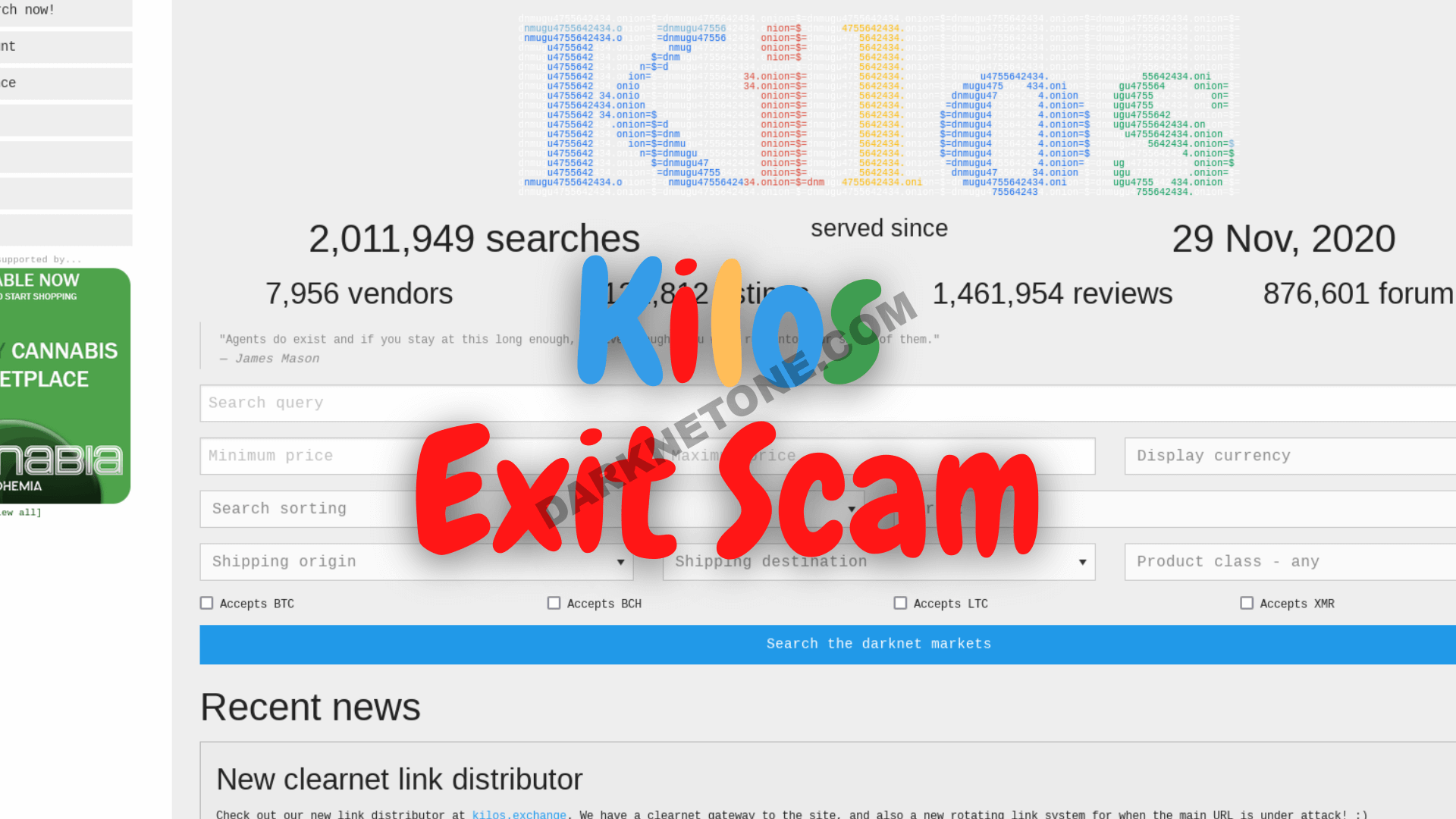 Fears of a worst-case scenario became reality for several darknet users yesterday as Kilos, a KYC-free exchange site specializing in the swapping of Bitcoin, Monero, and Litecoin, went completely offline. Reports of failed swaps had been coming into Reddit over the last two weeks with Kilos customers noting that transactions were marked on the site as completed without having received any funds from the exchange.

Other customers noted on Reddit that despite sufficient confirmations on the blockchain, their transactions were marked by Kilos as invalid, resulting in the loss of funds, with zero response to inquiries from customer service or administrators. At least a dozen user complaints against the exchange have been logged on Reddit since Tuesday, Jan. 10th.

“100% exit scam,” declared one Reddit user in a r/darknet subreddit discussion about Kilos. “…All the obvious signs are there. They’ve done ‘no fees for January’… multiple reports of them blocking people when confronted and they’ve made a Telegram channel most likely for future scams too,” they added.

Mastodon post by darkfail about the situation at Kilos.

On tortaxi, usually considered to be a trustworthy aggregator of darknet market and related links, the link for Kilos is displayed in red. Clicking on the link redirects to the tortaxi site. A message on the site reads “PSA: Kilos Exchange is not completing crypto swaps!” A message at the top of darkfail, a similar, well-trusted onion link aggregator, reads similarly: “WARNING: Kilos Exchange is not completing crypto swaps, could be scamming. Admin is not responsive.”

Kilos came to prominence after the closure of Grams, a darknet market listings search engine, filling its void with a similar service. In addition to hosting a search engine and exchange, Kilos also offered a Bitcoin mixing service known as Krumble. For an extra $25, exchange users could receive BTC or LTC that was assured to not trigger KYC/AML detectors on larger exchanges.

Users of unregistered, KYC-free exchanges like Kilos are reminded to stick with swapping small amounts of coins at a time, especially ones for which there is no legal recourse if an exit scam occurs.

URLs for Kilos on both Tor and I2P were unreachable as of Saturday morning.