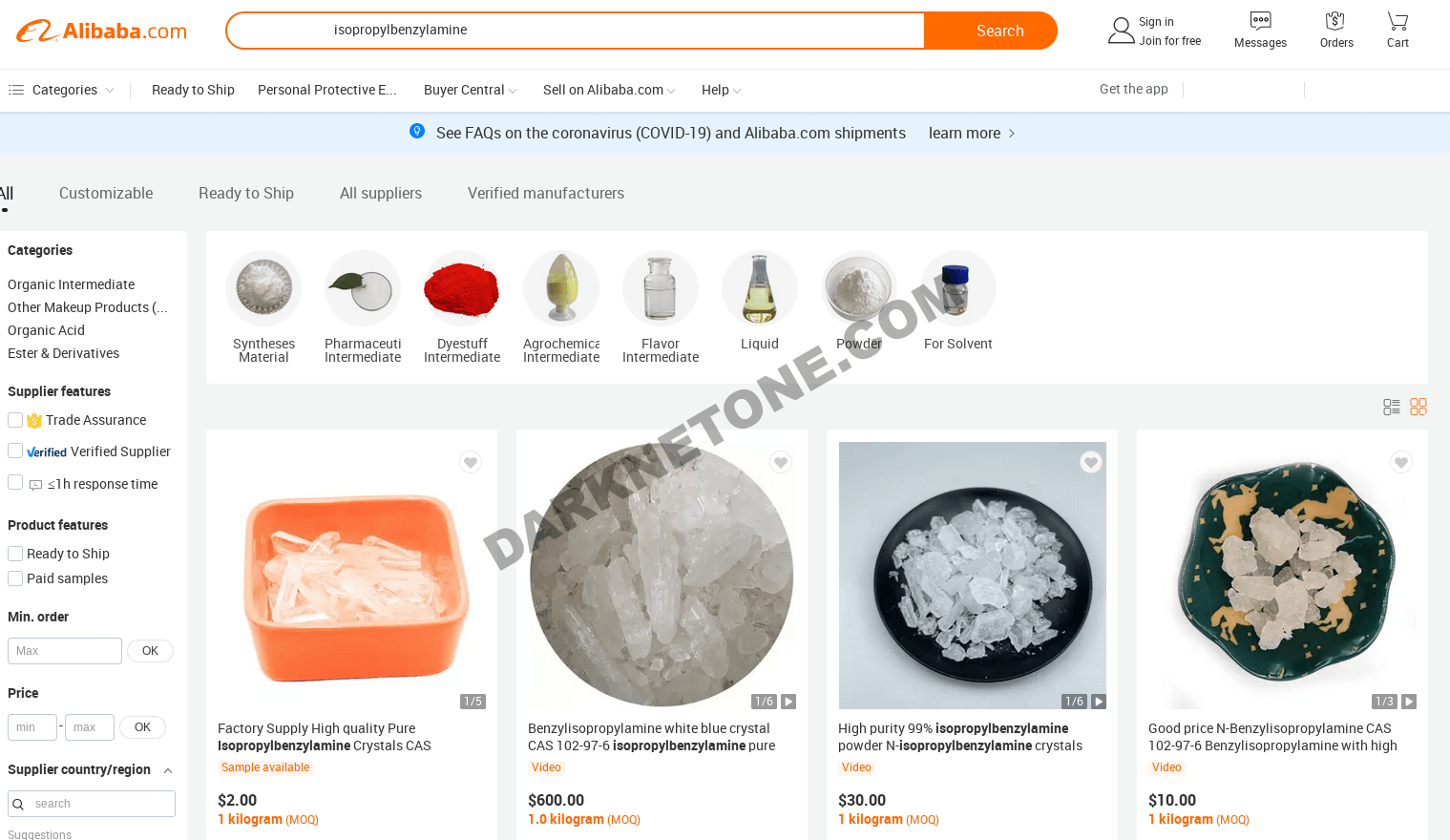 A Mexico-based newspaper reported yesterday that a civil lawsuit filed against Alibaba, the world’s biggest online commerce platform, claims the nation’s feared Sinaloa Cartel is involved in the sale of methamphetamine through the company. The lawsuit alleges Alibaba knowingly assisted cartel operations by allowing its independent retailers to continue selling precursors and cutting agents used in the synthesis and distribution of its drugs.

One such product is isopropyl benzylamine, a chemical used to dilute methamphetamine which the lawsuit alleges cartels continue to purchase in wholesale quantity from Alibaba retailers.

The article also claims that the Sinaloa Cartel, along with the Jalisco Nueva Generation Cartel, are selling methamphetamine and synthetic opioids on darknet markets, using social networks, online forums and even dating applications to advertise their products, as well.

Chinese wholesalers of drug precursors, such as the fentanyl precursor 4-AP, have used Alibaba as a platform to sell their goods to Mexican drug cartels for years, according to an investigation by Forbidden Stories, going so far as to direct targeted ads for their Alibaba storefronts to Facebook users in Mexico.

In March 2020, US man Bradley Burchfield used Alibaba.com to purchase around $6,000 worth of isopropyl benzylamine. He was arrested the following year on charges related to possession of methamphetamine, but maintained that he used the purchased chemical for the purposes of his business, as he claims it was advertised on Alibaba as a “rust inhibitor” and “acrylic nail adhesive.”

In response to a lawsuit filed earlier this year by Burchfield, Alibaba said that the chemical would be banned from its website, although it currently remains for sale there by a wide selection of independent retailers on the platform. Burchfield has reportedly been threatened online by cartel members as a result of his filing of the lawsuit.

Isopropyl benzylamine has the same chemical formula as methamphetamine (C10H15N) which makes the two chemicals identical in appearance. This makes it an ideal diluent for wholesale methamphetamine manufacturers and sellers – such as the Sinaloa Cartel – who want to cut the purity of their product without being detected. It does not produce any of methamphetamine’s stimulating effects but has still been found to be neurotoxic in animal studies.