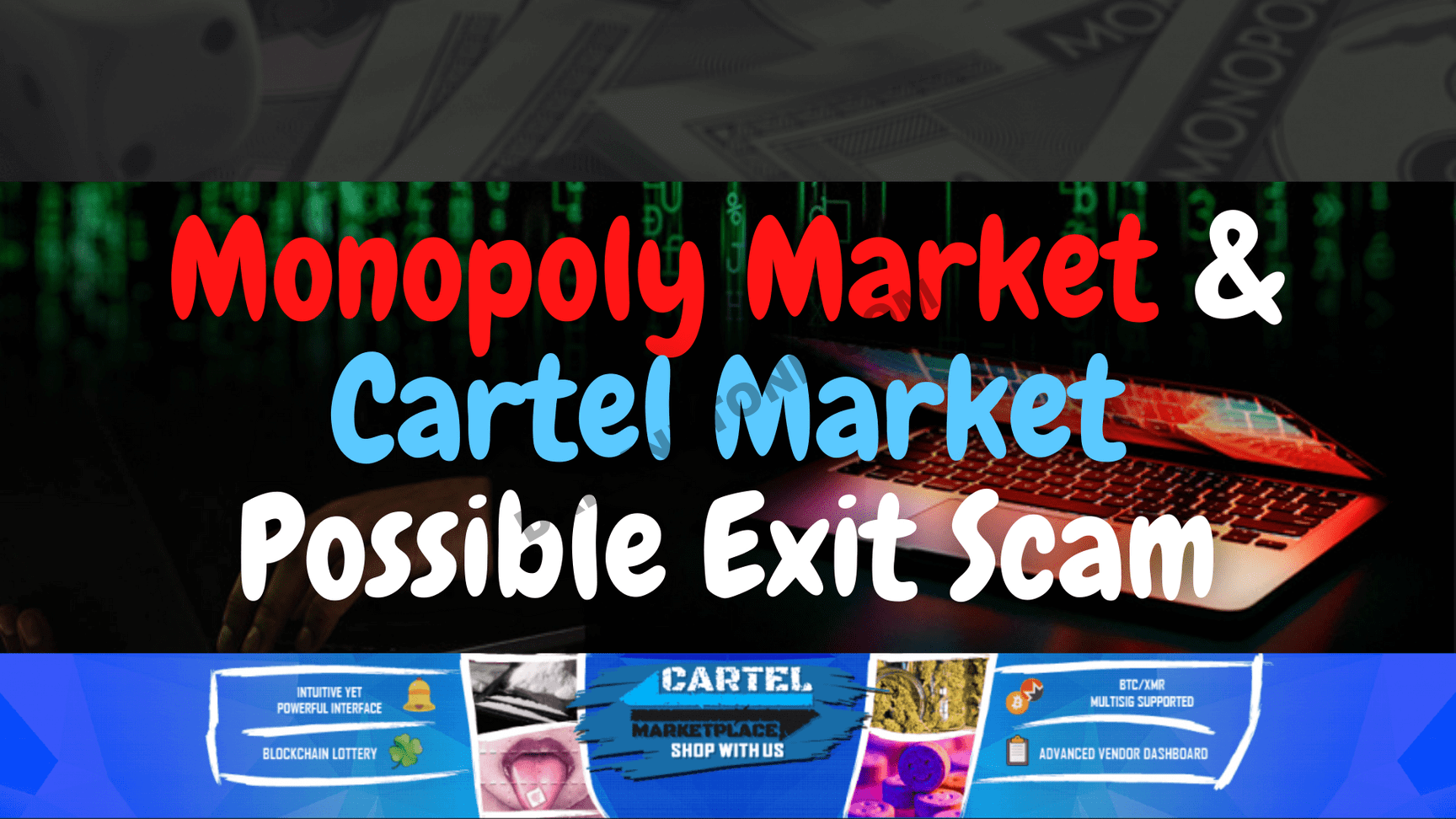 In a suspicious timing, both Monopoly Market and Cartel Markets has gone offline since 29 of December 2021.

Both market has suffered what seemed like a DDoS attack, and then both of those markets admin has gone missing without any sign of life with the markets staff not knowing what happened to the market of the markets admin.

Monopoly Market is still offline, with no activity from the markets admin or staff, which caused most of the markets vendors to open shop at other markets and publish this on the markets forum.

Many users have been speculating if it was a planned exit scam, a market seizure or something that happened to the market admin, with many users promising to never use the market even if it will come back in the near future.

Like Monopoly Market, Cartel Market apparently suffered DDoS attack as well, with the markets support staff publishing a week ago a post about the market suffering a major attack.

Shortly after that post, the staff published another post claiming they have lost all contact with the markets admin who was offline for almost a week now, with dread staff locking the markets sub and vendors claiming that they lost access to their account before the markets has gone offline which suggest a well planned exit scam.

While both those markets have gone offline for days now, other markets are quickly starting to capitalize on their down time and publish free vendor bond for the markets vendor refuge, like Alphabay admin DeSnake-

It is yet not clear if the markets are gone for good or if they will suddenly comeback, but even if they do the markets reputation has suffered greatly from the unexpected and unannounced downtime which when happened in the past rarely meant something else other than a market seizure or exit scam.