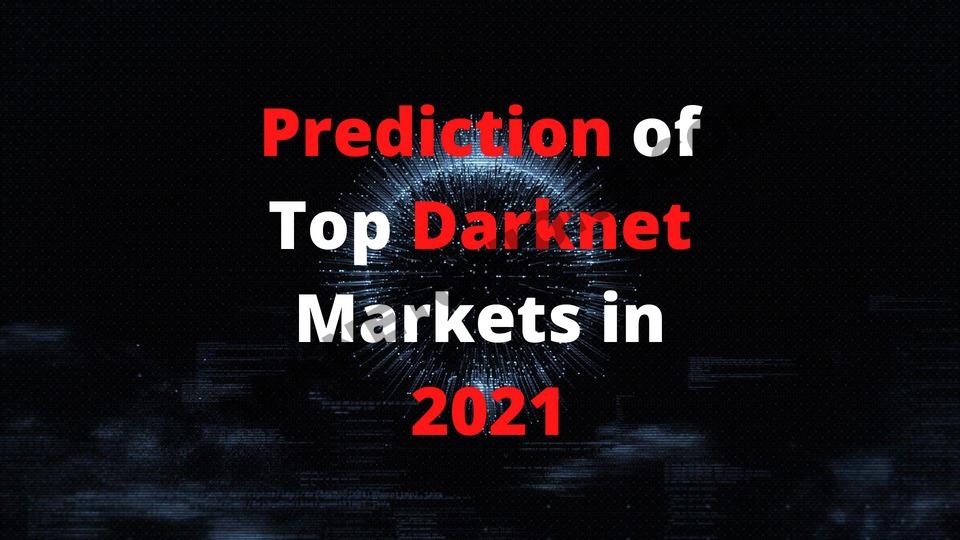 The dark net community has know many ups and downs, the first dark net market- silk road was seized back in 2013, and since then many big dark net markets have existed, some have exit scammed and some have been seized by LE (Law Enforcement), the most notable of them are Evolution, Alphabay, Dream and many more.

2020 was not only a bad year for the world with the pandemic going on but a bad year for dark net markets. The notable exit was of Empire Market which exit scammed with over $30 million in customers funds stolen, just when the next big dark net market has emerged, Dark Market, Police seized it just a few days after 2021 has kicked off, which started the new year with more bad luck to the dark net community.

Now, it is time to look into the future and see which dark net markets have the potential to become as big (or bigger) than the markets mentioned above, in this article I will attempt to answer the question of “which market will be the next big dark net market?”

Before we start with what markets have the potential to become the next Alphabay or silk road, we need to assess the status of the markets right now, which dark net market currently is the biggest?

To use WHM you need first to figure out PGP, you need to learn how to encrypt messages & decrypt them. And although there are easy guides and tools on using PGP, for the vast majority of dark net markets users it will be too difficult to learn and most will quickly give up.

Even if you learned PGP — there is the next hurdle — there is no Bitcoin support in WHM, only Monero! Now you need to learn a new crypto currency, and of course there are guides, but again, the “simple” user will give up and move on to a different dark net market that has none of those requirements.

So to sum up, WHM is too complicated to use and has a limited user base, and because of this WHM will never become as big as past big dark net markets.

So which dark net market that exist right now has the potential to become the biggest?

Dark0de Reborn (darkode reborn) has been around for almost a year now, it has grown a lot ever since Dark Market went down. Dark0de is simple, easy and supports Bitcoin! You don’t need to know PGP, you don’t need to use Monero (although they have the option if someone wished to pay in monero, for avoiding the crazy high mining fees of Bitcoin for instance) and it has a wide variety of drugs and vendors, support seems to be on point as well and so far there were no people complaining on problems on the market.

Dark0de Reborn Market design is simple for new users to understand, and the market even has exchange feature and even unique features such as exchanging crypto to gift cards which can be shared to other users!

With all the features I have mentioned, there is a clear way in front of Dark0de Reborn to become the biggest dark net market.

World Market is only a few months old, but it has something that no other market right now have, the UI of alpha bay and Empire Market! The people behind World Market have decided to copy the famous layout of Alphabay and hope to attract people with that.

There is really no point in talking about the features that World Market has, if you have used Alphabay or Empire before (who hasn’t?) so you will feel right at home, for those who did not, World Market is simple, with Bitcoin and Monero support, clean design and good support, they even have a CC shop!

ToRReZ Market have been around for a year now, with mixed reviews on its design, some people find it easy to use, others do not, but a lot of people also had problems with Alphabay’s design in the past and now it is one of the loved designs for darknet markets, so those opinions can change in the future as the darknet keeps shaping itself.

With 4 different cryptocurrency options, an option to deposit directly to the a market-based wallet or pay per order and decent support it is easy to place orders on the market (and no PGP is required!). ToRReZ has a great potential to become the next big dark net market.

There are other markets that I have not mentioned here, markets like CannaHome, CannaZon, Versus, Monopoly etc, some of those only allow some drugs being sold so they have a barrier of how large they can be, others require PGP and using Monero like WHM is so they also have a glass ceiling that they wont be able to smash past, there might be other small markets (DarkFox Market, Cartel Market, Aurora Market) that right now are just too small to consider them becoming as big as Empire Market, of course predicting the future is hard so they might just skip the markets I have mentioned and become the biggest.