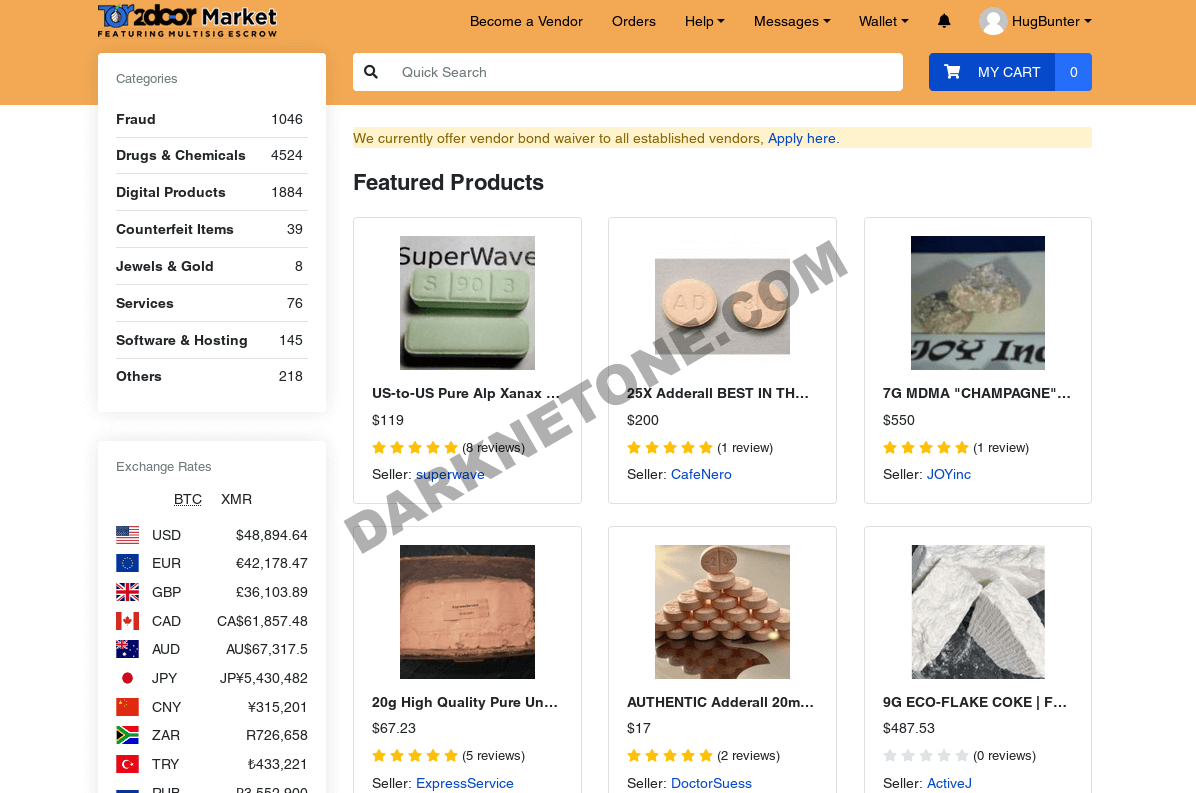 Less than 48 hours after mr_white has announced White House Market it is retiring the main admin of Dread has posted a post warning users that the darknet market Tor2Door is performing an exit scam and users should aviod this market.

Tor2Door has launched 15 months ago on July 3rd 2020, promising to be “a modern anonymous market featuring secure multisig escrow, centralized escrow and finalize Early. BTC and XMR accepted. Market is developed with security and user-friendliness in mind. T2D equally features jabber/XMPP notifications among many other interesting aspects.” it supportes XMR and Bitcoin payments with both centralized and Multisig payments.

According to Paris the exit scam has likely started about 2 weeks ago with some vendors and buyers complaining about funds not arriving where they should have been.

Tor2Door has around 8,000 listings and seems like a large market, however, in reality its top 5 vendors has a combined sells of only 215, meaning that there is simply no point in Tor2Door performing an exit scam which will result in a very low payday for the admin.

Just 12 hours after his original post, Paris has deleted his post and published a new one saying that it seems Tor2Door did not perform an exit scam and that the Tor2Door admin promised to fix the withdraw issue.

In the coming days and weeks there will be a lot of “fake news” published by various darknet markets on rival markets so we highly suggest if you are looking for a new darknet market to use after the unfortunate exit of White House Market to look over our top darknet markets list and choose one from that list.