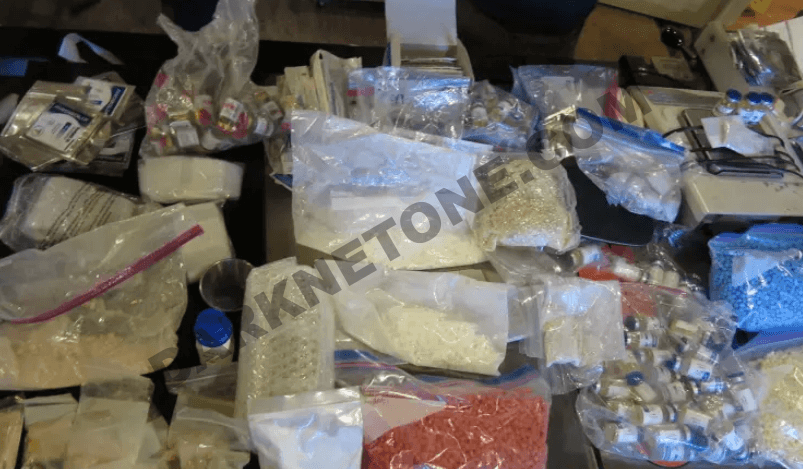 The ringleader of a once-famous, US-based darknet market vendor operation was sentenced to nine years in prison on Wednesday, Nov. 9, after pleading guilty to charges related to money laundering and drug trafficking. Chester Anderson, 48, admitted to being the mastermind behind the sinmed vendor team, which is thought to have operated on various darknet markets for about six years before finally being busted in 2019.

The 2019 dismantling of sinmed’s operation, in which Anderson and his cohorts were arrested, was heralded as “the biggest dark web drug ring bust ever” at the time. The bust involved the seizure of around 600,000 fake Xanax bars, 500 vials of fentanyl-laced heroin, and large quantities of methamphetamine, ketamine, GHB, and other, unnamed substances.

Along with the help of a co-conspirator, Anderson created a shell company named Next Level Research for the purpose of purchasing over 2,200 pounds of microcrystalline cellulose, to be used as filler in his Xanax bars. Other purchases linked to Anderson include a pill press, powder mixer, and “punch dies” that were used to imprint the word “Xanax” on the side of his alprazolam-containing pills.

While sinmed was most well-known for their storefront on Dream, the vendor also had a presence on Wall Street Market – along with several other now-defunct markets – and operated its own independent vendor site, as well. The product for which they were most famous was known as a “kpack”, which was a package of 1,000 pressed Xanax bars.

According to a four-year-old Dread post by a user named sinmed – who could not be confirmed to be Anderson himself – the vendor had been operating on different darknet markets since the first Silk Road. Most posts about sinmed on Dread contained favorable wording, with dozens of glowing reviews about the promptness, quality, and professionalism of the vendor.