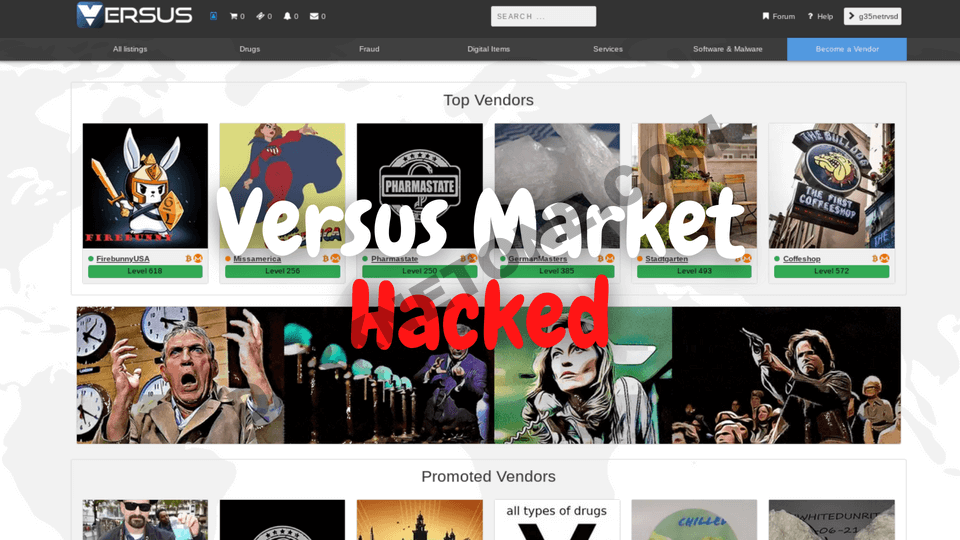 Just a short time after Versus Market admin has announced that Versus Market goes into invite only mode, Versus Market has been completely hacked meaning a “Complete takeover. Database, files, cryptocurrency wallets, real IP exposed etc”.

Much like Archetyp Market hack which was done by AlphaBay market admin DeSnake, this hack was brought to the attention of the notorious darknet market admin by a hacker and was quickly verified first by DeSnake and then by other prominent darknet admins such as Paris.

DeSnake goes on and says that the hack is so complete that there is no chance of the admin of Versus to fix the issue, and hints that Versus Market can go offline due to an exit scam at any moment.

The hack was confirmed by Dread admin Paris who says the hack is indeed real and that this exploit was on the Versus server for almost 3 years, meaning there is almost no chance that it was not used by LE (Law Enforcement) and that the market should not be used from this time.