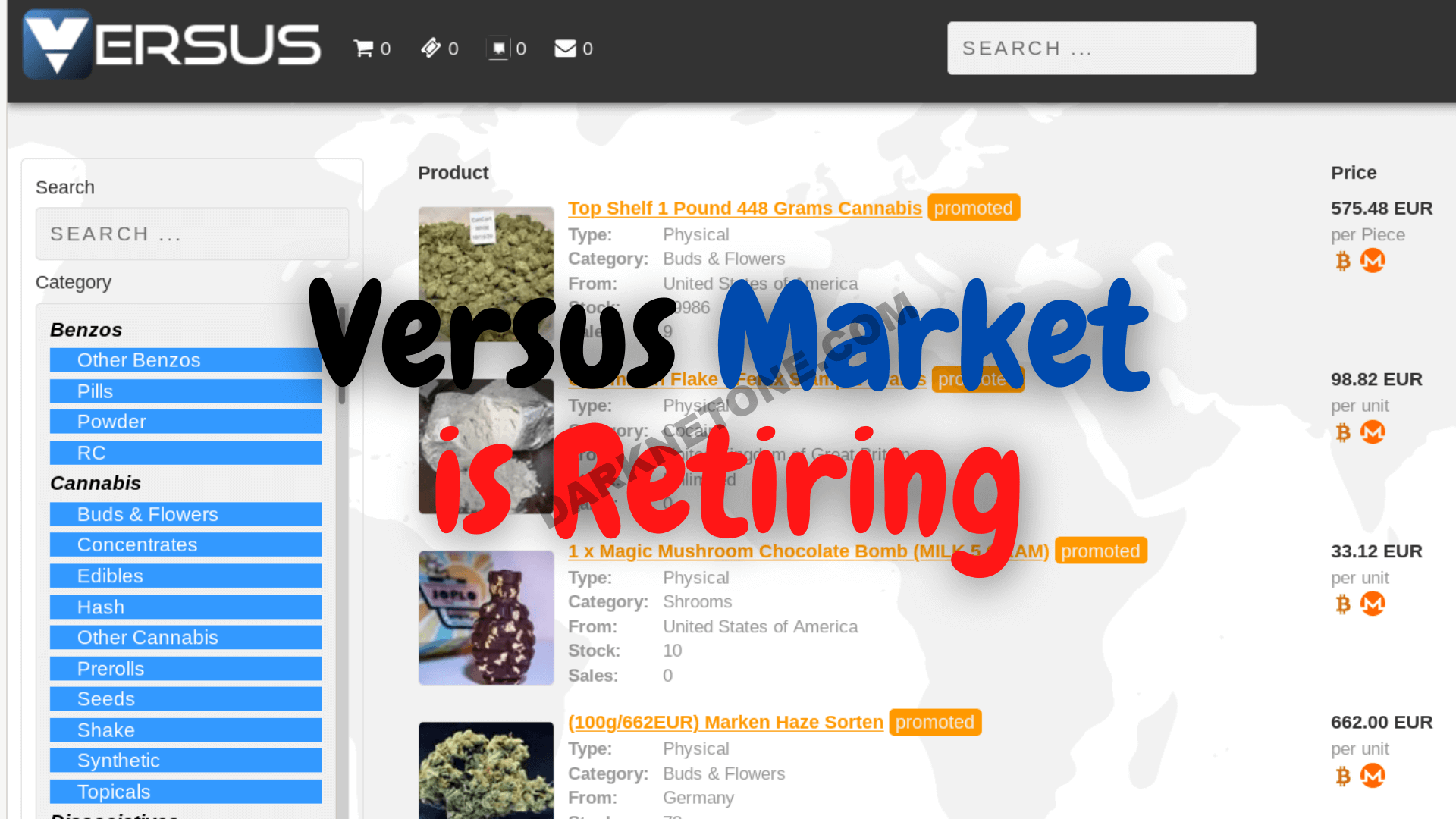 Versus Market was hacked a few days ago, with the admin taking the market offline just a few hours after the hack was published. The admin of Versus Market has been quiet and did not publish any thing about why the market was taken down and when it is coming back online, until now.

On a post under the title “Well… That’s All Folks!” (similar title to his previous post a few weeks ago where he announced that Versus Market goes invite only), the admin has published he has taken the market offline to check what the hack was about.

The markets admin claims that the hack is of a read only copy of the markets status 6 months ago, and that there might have been an ip leak of a server that he used for the last month.

Facing those finding, the admin says he had 2 choices – either fix the issue and continue with the market or shut it down. He choose to shut down the market. Vendors will get a working link to get their funds back without having to wait 90 days for the automatic refund.

Versus Market was one of the longest running darknet markets around, with it being over 3 years old, it took a long time for the markets to rise to the top, and only when Dark0de Market has exit scam following by World Market did Versus Market become the largerst darknet market.

With Versus Market gone, AlphaBay is now officially the largest darknet market (once again).