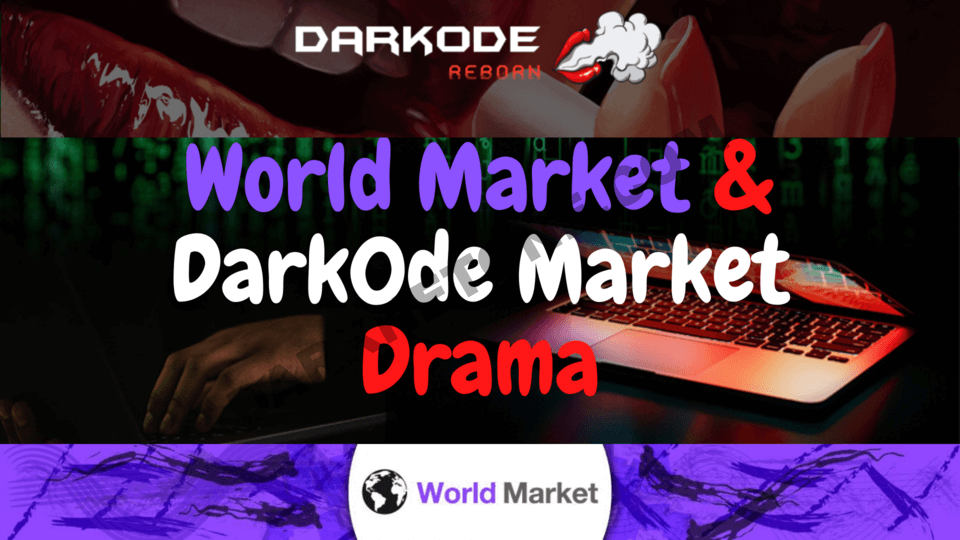 Darknet markets were hit by DDoS since silk road, Dream market has been even shut down because of massive DDoS attack, Empire Market had to change links every few minutes as a response to a few months long DDoS attack, and recently even Alphabay and Dark0de have suffered massive DDoS attacks that caused the markets to be offline for a few days, But now a darknet market admin is directly accusing another admin of a DDoS attack.

It has been a long time since World Market was involved in some controversial darknet drama, just a year ago they left Dread, only to be banned a few days later by HugBunter, recently a heavy DDoS attack has caused World Market to go offline, and now they are causing more drama in the darknet by accusing Dark0de Market of a heavy DDoS.

The post has quickly gained attention by AlphaBay admin Desnake who also joined the conversation and started to argue with World Market admin about his accusations and actions.

Similar post has been made on ASAP Market (since then has been deleted), and this post was deleted as well for what ever reason.

Shortly after the post has been made the DDoS has been stopped for a few days, but now has began again and even caused World Market admin to post again on the issue.

2022 has started with a bang, with a few darknet markets going offline and It seem that the next few months will be very interesting in the darknet markets community, with mutual accusation of markets admins on DDoS, markets who keep shutting down without an explanation and probably more exit scam coming from the big darknet markets.